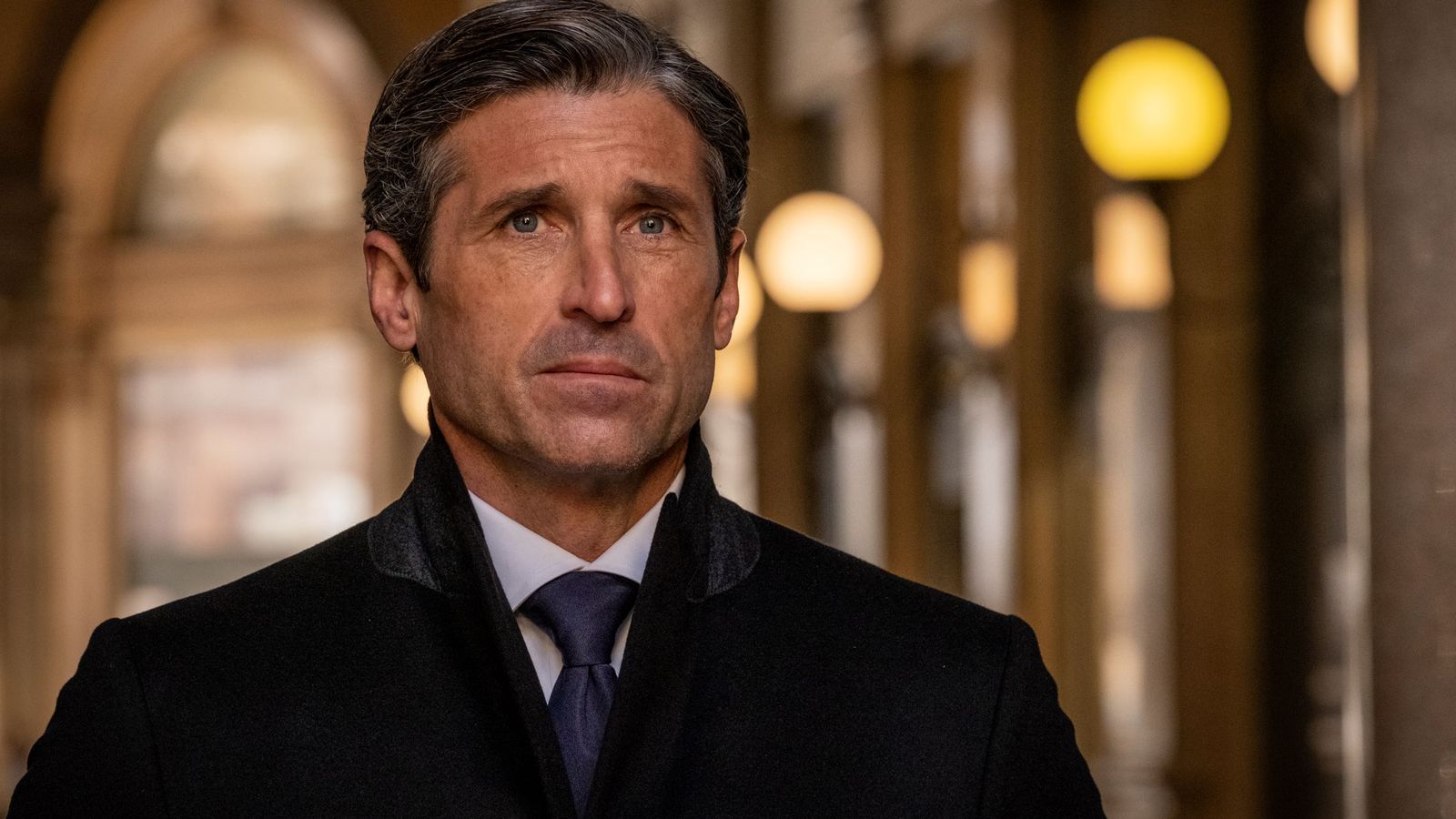 From Brexit to COVID, the Cambridge Analytica scandal to the current war in Ukraine, the new series of financial thriller Devils acts as a fictional mirror to the world we live in.

The series stars Patrick Dempsey as Machiavellian financier Dominic Morgan, a role that is a far cry from his heartthrob neurosurgeon Derek Shepherd in the Shonda Rhymes hit series Grey’s Anatomy.

Devils is a thriller set in the world of finance and examines how money and power influences the world we live in. It’s a series the actor says has created an opportunity to explore what’s happening behind the headlines.

“It’s really quite exciting, to be honest with you, in how we use the news footage and then back it up,” he tells Sky News’ Backstage podcast. “We talk about Brexit, talk about data, you talk about COVID, you talk about the relationship between the West and China and how that’s going, and then all of the power struggles within.”

Nearly a decade after Edward Snowden leaked classified US National Security Agency information on surveillance programmes, and after the Cambridge Analytica scandal was linked to UKIP and Leave.EU campaigns before the UK’s exit from the European Union, how people’s data is used and collected is a hot topic.

In season two of Devils, Dempsey’s character finds himself in competition with his former protégé, whose board keeps buying companies with a common thread – people’s information.

“Because of the data acquisition and how they target things… and of course, with Cambridge Analytica, all of that, how we’ve manipulated what that has done to the world is really quite frightening,” he says.

Dempsey goes on to say that as Russia continues it’s war in Ukraine, we can see the real-world implications right now.

“I think this is the the dilemma that we find ourselves in and we don’t have the answer and we’ve seen what this power has done to society,” he says. “How disruptive it is and currently what’s happening in the Ukraine. What the Russian people are getting with the disinformation, you know, and how that’s manipulating how people see the world, and that’s very dangerous.”

The fact Devils has been commissioned for a second season could be attributed to a wider fascination with its core themes; just like Billions, Empire and Succession, the series – which is based on the book, The Devils, by Guido Maria Brera – is about money, status and power.

Dempsey agrees: “I think because everybody wants a little power and wealth, right? We all want that so it’s aspirational in that respect. But also, there is a tragedy to it as well and I think that’s what’s interesting about this world.”

Devils returns on Sky Atlantic and NOW from 29 April