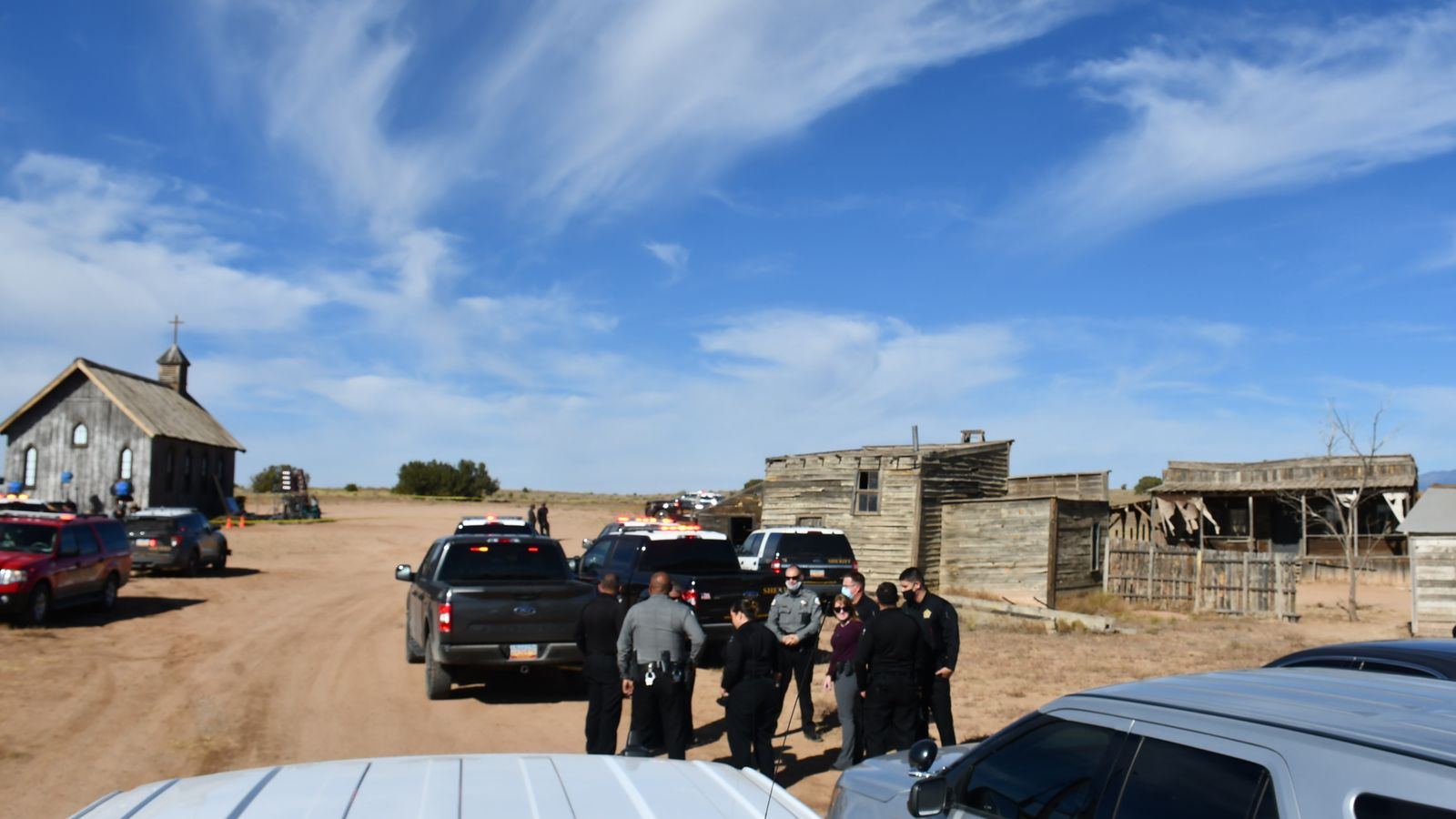 Never-seen-before footage has been released of the moments before and after Rust cinemaphotographer Halyna Hutchins was killed on set.

New Mexico Police has made public all the files associated with the ongoing criminal investigation into her death.

One of the clips shows police and medics racing to the scene, with bodycam footage showing first responders battling to save Hutchins. Another shows Hollywood star Alec Baldwin rehearsing pulling the gun that eventually killed her.

Cinematographer Hutchins died after a prop gun held by Baldwin fired a live round during rehearsals in October 2021.

The actor was one of the producers of the Western, as well as its star.

With Hutchins behind the camera lining up her last ever scene, the new footage shows Baldwin sitting inside a church, dressed in period Western costume, whipping out the revolver that apparently misfired and left the cinematographer dead and the film’s director Joel Souza injured. 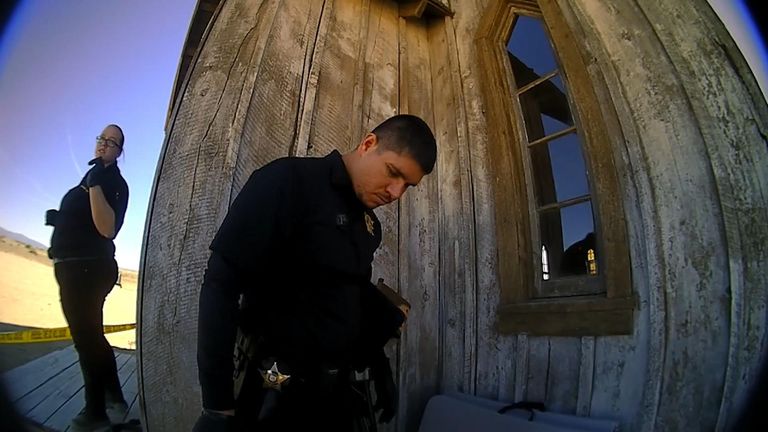 Police bodycam footage then captures the actor being asked about the incident. During their questions, he answers his mobile phone.

Baldwin denies pulling the trigger and says he does not know how live rounds came to be on the set.

There are also moments filmed from another officer’s lapel camera in hospital with Mr Souza.

The director tells police he heard a “loud bang”.

He adds: “It felt like someone had kicked me in the shoulder – and then I was down on my ass”.

“Then I looked over and saw the cinemaphotographer with blood coming out of her back.”

It shows doctors removing the bullet that travelled through Ms Hutchins and into his shoulder.

At that point, he does not yet know his colleague and friend has been fatally wounded.

Other footage features the film’s armourer Hannah Gutierrez-Reed who was responsible for the safety of guns on set.

The 24-year-old had set up the gun and two others, according to an affidavit from the Sante Fe County Sheriff’s Office.

She had previously said she was “devastated and completely beside herself over the events that transpired”.

She is now suing the weapon’s provider, alleging he supplied a mismarked box of ammunition containing live rounds.

The full police records released on Monday include crime scene photos, bodycam footage, staff photos, dashcam film and other evidence that has been collected since the incident.

Last week a report into the incident on set found management “knew that firearm safety procedures were not being followed“.

There could still be criminal charges brought.

Russian and Chinese designs dominate nuclear reactors, warns IEA chief
The Supreme Court’s EPA ruling is a big setback for fighting climate change, but not a death knell
Tired of swiping left, singles are turning to new matchmaking services for dates
Chancellor Rishi Sunak and health secretary Sajid Javid both resign from government
R Kelly on suicide watch ‘for his own safety’ not as a form of punishment, US authorities say