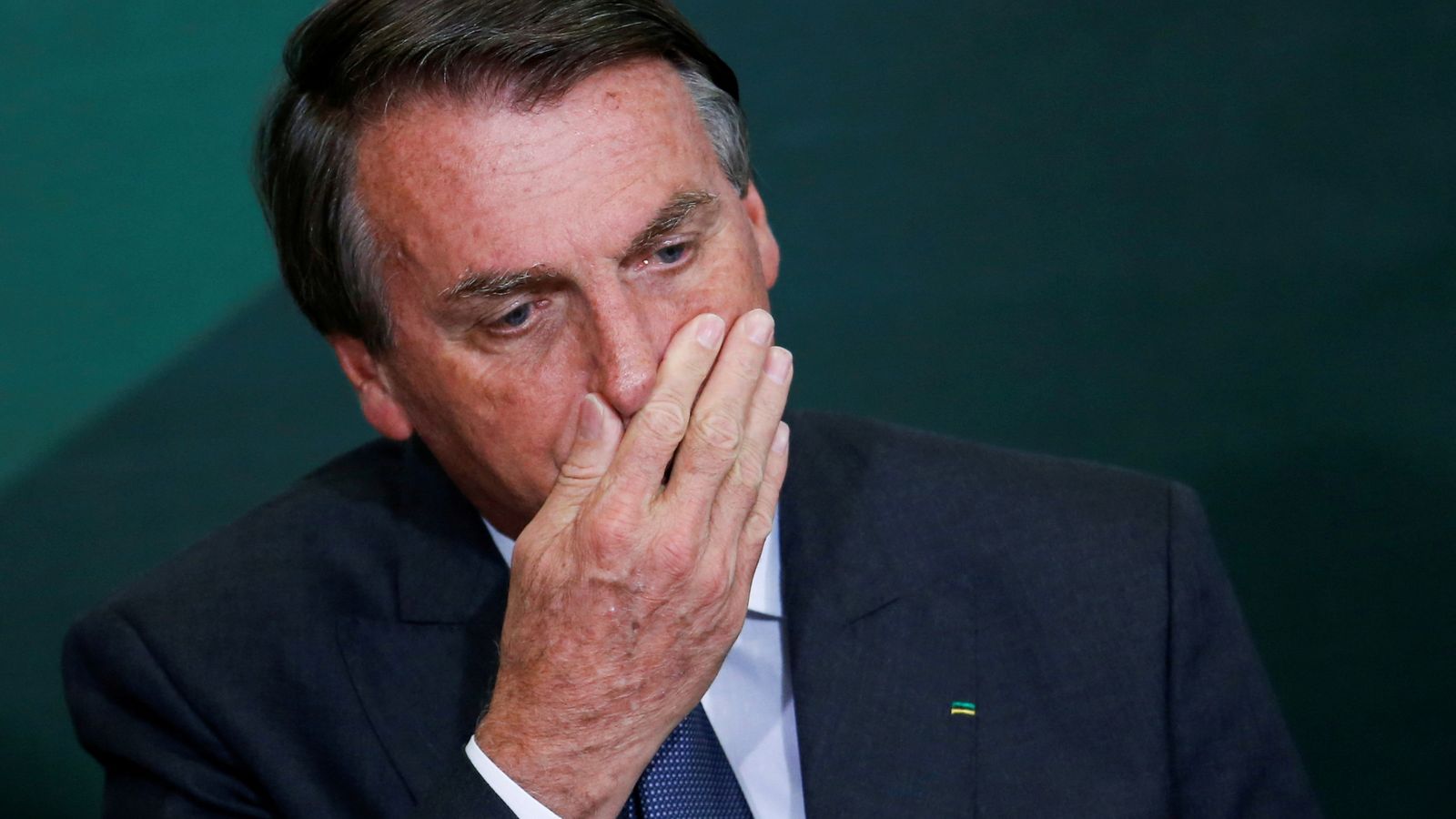 Brazil’s President Jair Bolsonaro should face a series of criminal indictments over his response to the coronavirus pandemic, according to a committee of the country’s senators .

The committee voted 7-4 to formally approve a report calling for prosecutors to try Mr Bolsonaro on charges ranging from charlatanism and inciting crime to misuse of public funds and crimes against humanity.

It was the culmination six-month investigation into how the government’s actions related to the world’s second-highest COVID-19 death toll.

Mr Bolsonaro could be held partly responsible for Brazil’s more than 600,000 death toll.

The president has denied any wrongdoing and the decision on whether to file most of the charges will lie with Prosecutor-General Augusto Aras, who was appointed by Mr Bolsonaro and is widely considered to be protecting him.

The allegation of crimes against humanity would be pursued by the International Criminal Court.

Even if charges are not filed, the report will likely fuel criticism of Mr Bolsonaro, who has seen his approval ratings fall ahead of his 2022 re-election campaign.

Since the beginning of the pandemic, Mr Bolsonaro sabotaged local leaders’ restrictions aimed at preventing the spread of the virus, arguing the economy needed to keep going to ensure the poor did not suffer hardship.

He has also consistently recommended an anti-malaria drug long after testing showed it is not effective against COVID-19, assembled crowds without wearing masks and cast doubt on vaccines.

Mr Bolsonaro has defended himself by saying he was among the few world leaders courageous enough to defy political correctness and global health recommendations.

The report says that by pushing the anti-malarial drug hydroxychloroquine as “practically the only government policy to fight the pandemic, Jair Bolsonaro strongly collaborated for COVID-19’s spread in Brazilian territory” and as a result is “the main person responsible for the errors committed by the federal government during the pandemic”.

It also includes an additional violation for allegedly spreading false news after Mr Bolsonaro’s comments during a live broadcast on social media last week in which he incorrectly claimed people in the UK who had both doses of the vaccine were developing AIDS faster than expected.

“President Jair Bolsonaro and I have become great friends over the past few years. He fights hard for, and loves, the people of Brazil – just like I do for the people of the United States,” Mr Trump said.

“Brazil is lucky to have a man such as Jair Bolsonaro working for them. He is a great president and will never let the people of his great country down!”