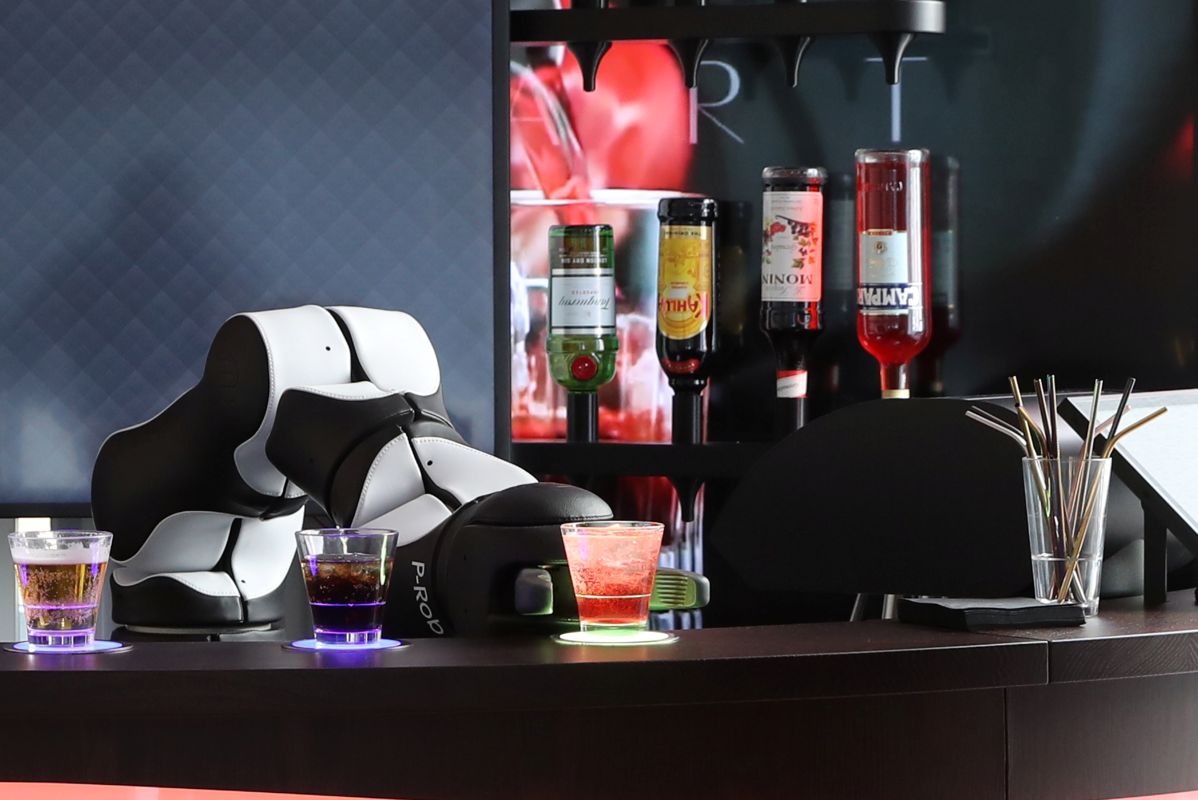 Barney is a bit different from your usual Swiss bartender. He is fully automated, mixes dozens of cocktails, and even makes terrible jokes.

Developer F & P Robotics says it is seeing rising interest in “The Barney Bar” and hopes it will be a hit among hotels, bars, and shopping centres looking to reduce human contact during and after the coronavirus pandemic.

Barney can mix 16 different spirits and eight different sodas for customers who place their orders via their mobile phones, as well as offering beer and prosecco. The robot, who can disinfect his own robotic arm, tells them their drink is ready via a large video display above the bar.

A barista version making different coffees has also been developed. Both versions can be loaded up with conversations, so Barney can make “jokes” about being offered a role in the latest Terminator film, for example.

“We are getting quite a bit of interest,” Chief Sales Officer Gery Colombo told Reuters. “We think Barney can be a fun attraction, that can bring people to a bar because he’s constantly moving and is so different.”

Although the expected clientele, restaurants, and hotels, were initially not in spending mood because of the crisis, the situation is slowly changing, Colombo said. Each model costs around CHF 120,000 (roughly Rs. 98 lakhs).

“We are getting double the amount of enquiries compared with last year. It could definitely be an advantage for customers who want a barman who can work 24 hours a day, can serve exactly the drinks customers want while also reducing human contact,” he said.

The Zurich company, which makes the robot and its operating software, has so far sold robots to China and Oman, where a mocktail-making robot works in a shopping mall.

Other companies in Europe and Asia are also working on robot bartenders, but it’s unclear whether they will eventually replace the human bartender.

“We can’t say what the gastronomy industry will look like in a few years, but we are convinced robotics will play a part,” said Colombo.

Is OnePlus 9R old wine in a new bottle — or something more? We discussed this on Orbital, the Gadgets 360 podcast. Later (starting at 23:00), we talk about the new OnePlus Watch. Orbital is available on Apple Podcasts, Google Podcasts, Spotify, and wherever you get your podcasts.

This article was originally published by Ndtv.com. Read the original article here.