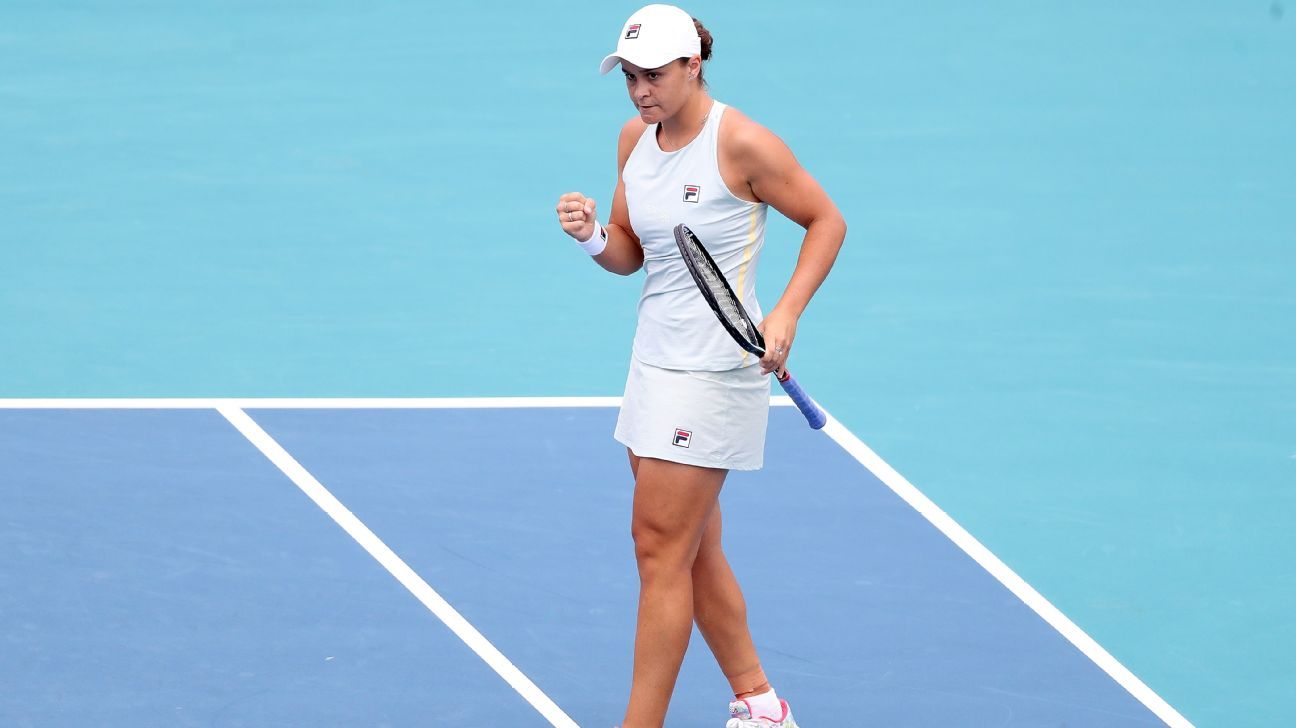 MIAMI — No. 1-ranked Ash Barty won her second successive Miami Open championship Saturday by beating No. 8-seeded Bianca Andreescu, who was injured when she fell and retired trailing in the second set.

Andreescu, crying and shaking her head, conceded while behind 6-3, 4-0.

She stumbled and went sprawling two games earlier when she turned her foot awkwardly while hitting a forehand. During the ensuing changeover, a trainer taped her foot, but she played only five more points before retiring.

The 20-year-old Canadian has been plagued by injuries, and the tournament was her first in the United States since she won the 2019 US Open. The coronavirus pandemic also curtailed her schedule.

Barty was the 2019 Miami champion. The tournament was canceled last year at the start of the coronavirus pandemic.

Barty dominated from the start of the final with her strong serve and all-court game, and Andreescu looked weary after playing three sets in each of her previous four matches — all at night.

On Sunday, 19-year-old Italian Jannik Sinner will try to become the youngest men’s champion in tournament history when he plays No. 26-seeded Hubert Hurkacz of Poland. Each is seeking the biggest title of his career.

Barty, playing outside of her native Australia for the first time since February 2020, was one point from defeat in her opening match against Kristina Kucova. She gained momentum from there and will keep her No. 1 ranking next week.

Because the pandemic reduced tournament revenue and severely limited attendance, the champion received $300,110, compared with the $1.35 million Barty won in 2019. Only 750 fans were allowed on the grounds per session

The Associated Press contributed to this report.

The new tactics being used by ‘crash for cash’ scammers and the 10 new areas they are targeting
What Arch Manning’s decision means for Texas football
Adele ‘thrilled’ as she performs her first UK gig in five years
‘Stop Brexit Man’ anti-Tory protester could be prosecuted, police say
Residents risked own lives to pull injured man alive from house flattened by ‘gas explosion’