Senior civil servants have been told they have until the end of the week to declare any other jobs they hold outside government.

Cabinet Secretary Simon Case said there was “acute concern” at the top of the civil service about issues that have emerged in the David Cameron lobbying affair.

On Tuesday, it was revealed former government chief commercial officer Bill Crother worked as a part-time adviser at Greensill Capital for the last three months he was in Whitehall.

Greensill Capital is also the company Mr Cameron was lobbying for and he asked current government ministers about the involvement of the finance firm in government-backed financial support schemes during the pandemic.

Mr Case has now sent a letter to permanent secretaries saying there is a role in government for people with outside expertise but it is essential for the “integrity and impartiality” of the civil service to be maintained.

He said there must be “transparency and full proper management” of any outside interests.

Those that conflicted with officials’ obligations under the Civil Service Code are not permitted, he added.

Mr Case wrote: “If you come across any instances of senior civil servants holding remunerated positions or other interests outside government which might conflict with their obligations under the code please bring them to mine and (Cabinet Office director-general of propriety and ethics) Darren Tierney’s attention immediately and, at the latest, by the end of this week.” 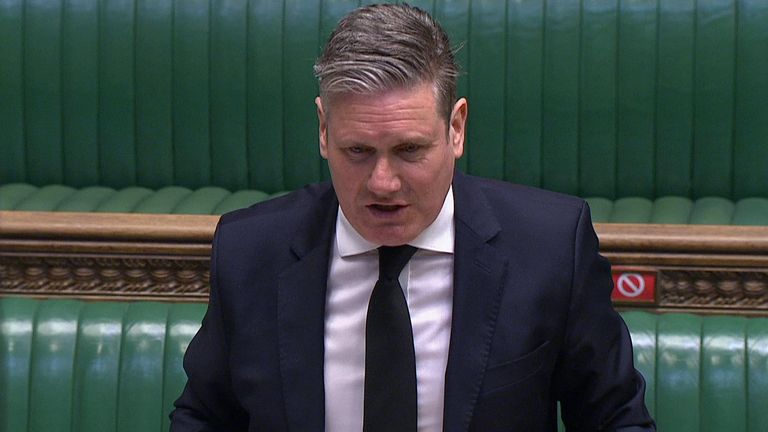 He said it was essential departments “engage fully” with the review into the Greensill/Cameron affair being carried out by top lawyer Nigel Boardman on behalf of Boris Johnson.

“If, as Nigel Boardman completes his review, he identifies areas where we as a civil service have made mistakes, it is important that we are honest about these and learn from them,” he added.

Tomorrow, the Commons Public Administration and Constitutional Affairs Committee (PACAC) will hear evidence from Lord Pickles, the head of the Advisory Committee on Business Appointments (ACOBA), which vets appointments taken by ministers and senior officials after they leave government.

Mr Pickles had earlier demanded to know why Mr Crothers’ appointment with Greensill was not cleared with his committee but was told by the Cabinet Office he started working for the firm before he left the civil service so did not have to declare it.

PACAC chairman William Wragg said he was concerned ACOBA was “fairly toothless”, especially when it came to appointments taken by former officials.

Cameron to Sunak: Who’s who in Greensill controversy

Earlier on Wednesday, Mr Johnson told the Commons he shares “widespread concern about some of the stuff that we’re reading at the moment”, and Mr Case also has concerns.

“I do think it is a good idea in principle that top civil servants should be able to engage with business and should have experience of the private sector,” he said.

“When I look at the accounts I’m reading to date, it’s not clear that those boundaries had been properly understood and I’ve asked for a proper independent review of the arrangements that we have to be conducted by Nigel Boardman, and he will be reporting in June.”

US interest rates hiked again to tackle soaring inflation
Liz Truss is prepared to go against voters’ views on tax – but her plans carry huge economic and political risk | Beth Rigby
Top Morrisons executive feels Strain with exit after 10 years
On a magical night in the Bronx, Aaron Judge puts more history within his reach
Cops on electric Harley-Davidsons, but with a twist: Police department adopts Serial 1 e-bikes