The board of Deliveroo is facing demands from the company’s new shareholders to cancel an £18m payout to the investment banks which this week launched one of the City’s most turbulent flotations on record.

Sky News can reveal that a number of furious investors want the company to decide “at the earliest opportunity” that it will not hand the discretionary fee to its banking syndicate, led by Goldman Sachs.

Deliveroo’s listing prospectus disclosed that it would pay the six banks involved in its initial public offering (IPO) a fixed fee of 1.66% of the capital raised in the flotation – equating to £27.5m. 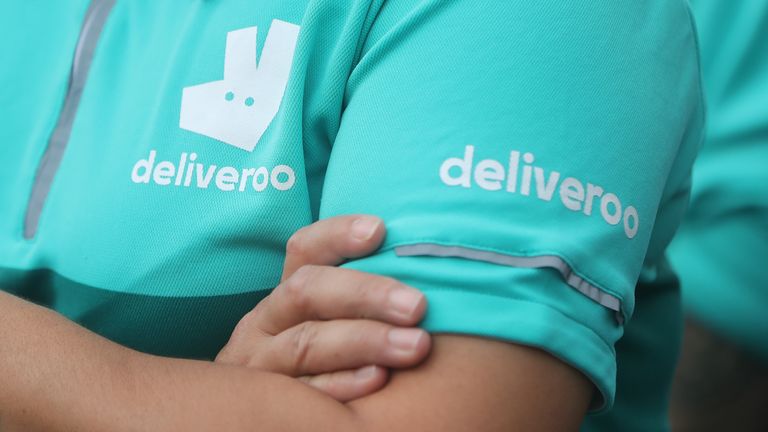 Deliveroo: ‘Fundamentally the pricing was wrong’

In addition, an incentive fee worth close to 1.09% – or about £18m – is also payable at the discretion of the food delivery app’s board.

While the immediate post-IPO performance of a company’s shares is not the only factor considered in decisions about discretionary payments, investors said it would be “unthinkable” for the sum to be awarded.

The calamitous slump in Deliveroo’s shares on Wednesday was variously attributed to unease over its dual-class share structure, aggressive pricing by the bank syndicate, hedge funds immediately shorting the stock and concerns about the treatment of riders which had been expressed by several blue-chip investors during the last week.

In an effort to stabilise the company’s plummeting stock price, the banks exercised a so-called ‘greenshoe’ option, enabling them to sell more shares than initially planned.

They then buy those additional shares back, although any profits generated by the stabilisation attempt would be returned to Deliveroo, a company spokesman confirmed.

Bankers are anxious that Deliveroo’s market debut will deter investors from backing other technology companies seeking to go public, although the arrival of others – including Moonpig and Trustpilot – has been comparatively warmly received so far this year.

Shares in Deliveroo closed down 1.9% on Thursday, the day after it saw £2bn wiped off its market value.

Legal & General Investment Management (LGIM) has called for protections for minority investors as part of a submission to the City regulator, which is to consult on proposals to overhaul the UK listings regime.

LGIM – which indicated last week that it would not participate in the Deliveroo IPO – wants dual-class shares to be excluded from premium indices for three years after their listing.

It also wants banks to take at least a proportion of their fees in the shares of the companies they are taking public.

A Goldman Sachs spokesman declined to comment, while Deliveroo indicated that no decision on the discretionary fee had been taken.

The other banks involved in Deliveroo’s float included JP Morgan, Jefferies and Numis.

‘We need to do a better job for our employees’, says Amazon boss Bezos