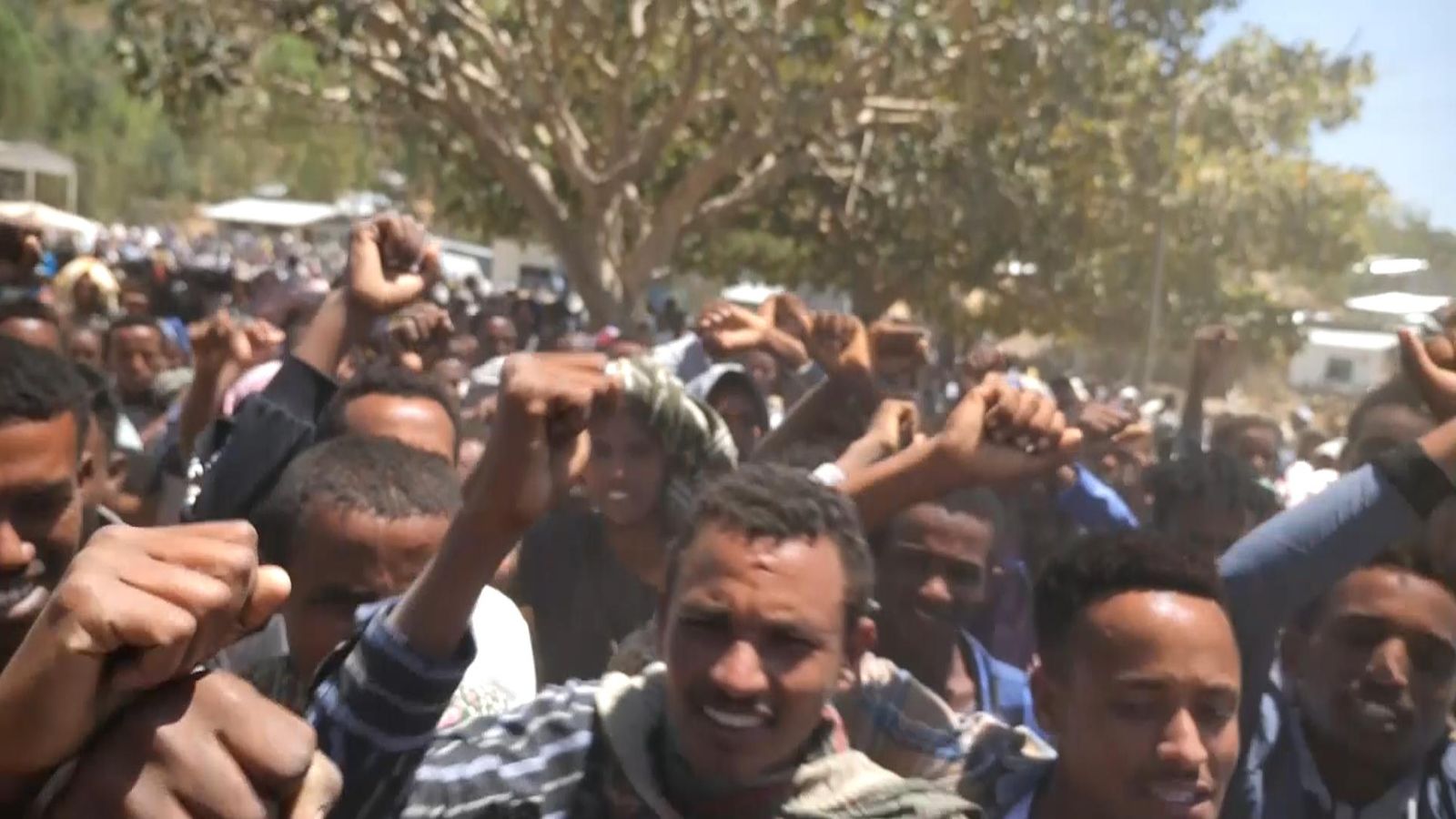 The breadth and depth of human suffering in the Ethiopian region of Tigray is perfectly clear to humanitarian workers, human rights groups and the international diplomatic community.

After four months of warfare between Ethiopia’s national defence force and fighters from the Tigray People’s Liberation Front (TPLF), observers are collecting a worrying selection of data.

More than 500,000 Tigrayans have lost their homes. Almost 60,000 have sought refugee status in neighbouring Sudan. Two refugee camps in Tigray have been obliterated by military force. Nearly 70% of 106 health facilities have been looted. Only 13% are functioning normally.

Allegations and stories about atrocities and human rights abuses have also surfaced, despite a government-imposed communications blackout.

Amnesty International has issued a report about the deaths of hundreds of people in the ancient Tigrayan city of Axum. Drawing on testimony from refugees in Sudan – and evidence given by phone in Ethiopia – the human rights group says Eritrean troops, who are allied with Ethiopian government forces, “carried out systematic house-to-house searches, extra judicially executing men and boys”.

But there is one important area where we have little or no knowledge of what is happening.

“We don’t know what the situation is in the rural parts of Tigray and what we don’t know really worries us,” said one senior UN official speaking to Sky News.

Humanitarian organisations have complained publicly about the failure of the Ethiopian government to allow their teams full access in Tigray. “I’d say we have access to about 30% to 40% but there are large areas we can’t get to,” said one humanitarian worker.

But the government may not have the ability – or the authority – to offer access to parts of the country that it simply does not control.

When Sky News travelled south from the Tigrayan capital of Mekelle the military were a constant presence on the highway. When we turned onto a gravel track in the direction of a town called Gijet, the army and their infrastructure quickly melted away.

We stopped on the outskirts of a village called Mayweini and local residents came forward to tell us that we were standing next to a shallow grave.

“There are two (men) buried here, the rest we took and buried at the church,” said a man called Hadesh, pointing at articles of clothing sticking up through the gravel.

They told us that a group of soldiers had attacked local people on 15 February (23 February in the western calendar) and stolen their possessions.

I asked how many had been killed.

“They were shot with guns or killed with knives.”

“The Eritrean army,” he replied, quietly.

It was an act of revenge he told me, after government-aligned forces had lost a battle to the TPLF in a nearby village called Cheli.

The bodies were taken to a number of local churches, like the church of St Mary, where villagers had to place two or three in each plot.

But a woman called Letemeskel said they had not been able to bury everyone.

The soldiers had made them wait for three days before they could collect the bodies and some had disappeared.

“There are a lot of people who died but their bodies were eaten by hyenas… after a week we found only bits of clothing. We identified them by the clothes they were wearing.”

We continued on to the village of Cheli but the road was littered with the remains of bombed and blackened army trucks and troop carriers.

It was clear there had been a terrible battle on the outskirts of this community and in the village itself, most of the houses had been destroyed and food supplies for humans and animals had been torched.

We met members of the Beyene family now living in what is left of their home and a story emerged about the past few weeks in Cheli.

“Yes, there was a battle. It was on the day of St Slassie, on the 7 February,” said Hagos Beyene.

“Oh, they murdered a lot, of course we haven’t counted them all. When they found people in their houses they killed them. We escaped but many died,” said Mr Beyene’s 15-year old daughter, Hilften Hagos.

As we left the Beyene’s we found relatives of the dead in Cheli, waiting for us under the branches of an acacia tree.

A 25-year old called Haileselasie Kiros told us his two brothers had been shot.

“From every house two, three, four (people) have died. There are many who are missing and we cannot find them.”

A woman called Shashie Momona peaked out of her shawl and told me how her husband had been killed.

“On the day of 15 (February) we all ran away but my husband wanted to stay at home. I asked him to come. ‘Don’t stay here’, I said, ‘we have to run with the people.’ He said, ‘I will not run, I want to stay with the animals.’ They burnt the house and our food. Then they killed him.”

I asked her if she wished she could have that final conversation with her husband again.

One man in Cheli told us that 180 villagers had died. Another said it was more like 200. A schoolgirl tried to tell us the names of all her neighbours who had died.

Citing evidence of serious human rights violations in Tigray, the UN Human Rights Commissioner, Michelle Bachelet – and organisations like Amnesty International – have called for an immediate and independent investigation.

If the truth is not revealed, thousands more will lose their lives.