A former first-class cricketer and international umpire has told Sky News he fears he has lost more than £70,000 in a lockdown investment scam.

Barry Dudleston was persuaded to invest more than £50,000 last summer after seeing an advert carrying a fake celebrity endorsement for OFC Markets, an unregulated foreign exchange and crypto-currency trading platform.

Despite initially showing huge returns that saw the value of his investment apparently increase to more than £140,000, for nine months he has been unable to withdraw any funds and fears he will never get his money back.

His case highlights an increase in financial scams appearing online during the COVID-19 crisis, leaving investors vulnerable to losing savings and with little prospect of recovering their money.

Last June, the Financial Conduct Authority issued a warning about OFC Markets, which is registered in the US Marshall Islands in the Pacific but not authorised to offer financial services in the UK.

Presented with evidence of Mr Dudleston’s case by Sky News, the FCA’s director of enforcement said its operations appear to be “unlawful”, and his treatment had “red flag” signs of being a scam.

Lockdown has offered scammers greater opportunity to target the uninitiated or the vulnerable online, and Mr Steward called on the government to strengthen its ability to act by adding financial fraud to the list of areas covered by the forthcoming online harms Bill.

The FCA issued its warning about OFC Markets just a few days after Mr Dudleston’s first investment of £250. Within hours a salesman was on the phone urging him to up his stake.

“Looking back I was very naive but a few things came together. It was lockdown and boredom, greed of course, and a little bit of knowledge. Put those together and I thought, I’ll let somebody else do the investing for me,” Mr Dudleston said.

“The first investment was £250. That was the minimum you could invest, and of course he was on again the next day showing it (the account) £400. I had my own account, my own password, username, I can look it up, you can watch it by the minute going up.

“Initially it was on exchange rates, which were fluctuating depending on how bad the country had been hit (by coronavirus).

Hoping to take advantage of significant returns, Mr Dudleston borrowed a further £40,000 to invest, taking his total to £50,000.

In mid-July however he attempted to withdraw £10,000 to pay a tax bill, but says he was blocked by OFC Markets on the pretext that he had breached the rules of his account.

Ever since his attempts to take out money have been repeatedly blocked, with OFC Markets citing fines and taxes it says he has to pay before he can receive funds. It has refused to simply deduct the money from his account and refund him the balance.

In January, desperate to cut his losses, Mr Dudleston agreed to pay a £7,000 “fine” via a Bitcoin wallet, on the understanding that he would then be sent the outstanding value of his account.

In fact OFC Markets took three payments of £7,000, persuading Mr Dudleston to authorise them after claiming the first two payments had not cleared. The company then refused to return the rest of his money, telling him he owed a further £15,000 in “tax and liquidation charges”.

Sky News has tried to contact OFC Markets by email and telephone, and has tried to speak to several of the “account handlers” who spoke regularly to Mr Dudleston, but has received no response. 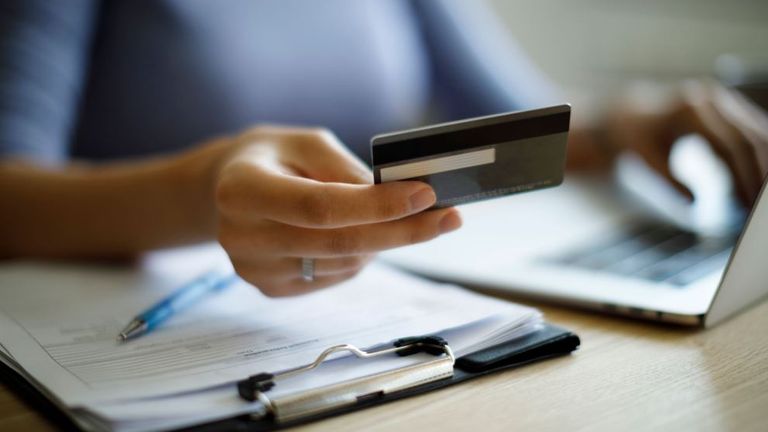 We took Mr Dudleston’s case to FCA director of enforcement and market oversight Mark Steward, who told us: “They (OFC Markets) are not authorised by the Financial Conduct Authority to carry out that business so they look as though they may be doing something that’s unlawful”

“There are some other classic scam red flags here including the fact that the gentleman that you have spoken to started with a very small investment, but within a month he’d been hard sold into investing a lot more money, and he’d supposedly made 100% profits. Now that’s a too-good-to-be-true return which is a classic sign of a scam.”

“Scammers have realized that large chunks of the population are spending more time online because of Covid and lockdown, they have more time at home and are doing more shopping online, so they’re more likely to be enticed by some the advertising that might be using a celebrity endorsement which is often often fake,” he said.

“We’re working to try and get social media to have stiffer due diligence requirements so that they can stop some of these sites coming in at the outset. We don’t have the power to require that and social media is largely unregulated.

Mr Dudleston, who ran a successful travel company after his career in cricket, says he is speaking out to try and protect others.

“I don’t think I’m going to get the money back and I don’t think anybody is going to feel sorry for me, I don’t deserve to have anything like that. But I do believe that if it can be put into the public domain, it might help others not to get caught and I really you know, it’s all I can do now.

“I’m not wealthy, but I’m not suicidal, it’s not the last penny I’ve got, but for some people it might be. When people talk about life savings, in some cases that might be exactly what it is.”

McColl’s rescued from administration by Morrisons, saving all 16,000 jobs